Thayer's Greek-English Lexicon of the New Testament - Case of 12 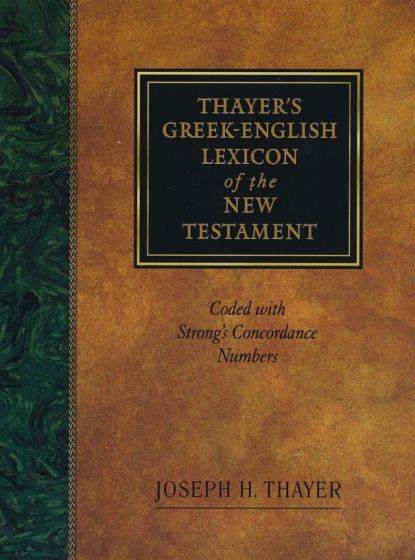 For over a century, Thayer's has been lauded as one of the best New Testament lexicons available. Both accessible and thorough, it is a work suited for the student of New Testament Greek. Thayer's provides dictionary definitions for each word and relates each word to its New Testament usage and categorizes its nuances of meaning. Its exhaustive coverage of New Testament Greek words, as well as its extensive quotation of extra-biblical word usage and the wealth of background sources consulted and quoted, render Thayer's an invaluable resource.