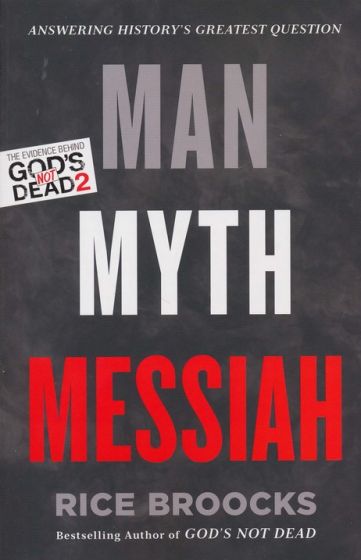 The search for the historical Jesus continues to be headline news. Any speculative theory seems to get instant attention as the debate rages about His real identity and the claims made in His name. Did Jesus really exist? Is there real historical evidence that demonstrates that He lived and actually said and did the things the Gospels record? Is there any validity to the speculative claims that the Jesus story was a myth, borrowed from a variety of pagan cultures of the ancient world?

In this follow-up to the book God’s Not Dead (that inspired the movie), Man, Myth, Messiah looks at the evidence for the historical Jesus and exposes the notions of skeptics that Jesus was a contrived figure of ancient mythology. It also looks at the reliability of the Gospel records as well as the evidence for the resurrection that validates His identity as the promised Messiah. Man, Myth, Messiah will be released concurrent to the God’s Not Dead movie sequel, which will cover the same theme.