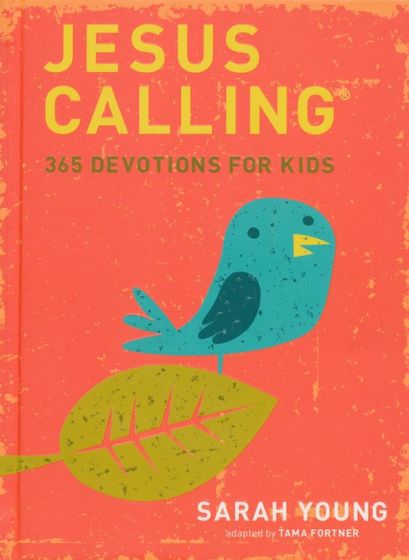 Devotions written as if Jesus is speaking directly to a child's heart.

Based on her original JesusCalling, this version has been adapted in a language and fashion that kidsand tweens can relate to their everyday lives.

After many years ofwriting in her prayer journal, missionary Sarah Young decided to listen to Godwith pen in hand, writing down what she believed He was saying toher through Scripture. Others were blessed as she shared her writings, until people all overthe world were using her devotionals.  They are written from Jesus’ point ofview, thus the title Jesus Calling. It is Sarah’s fervent prayer that our Savior may bless readers, and now youngreaders, with His presence and His peace in ever deeper measure.